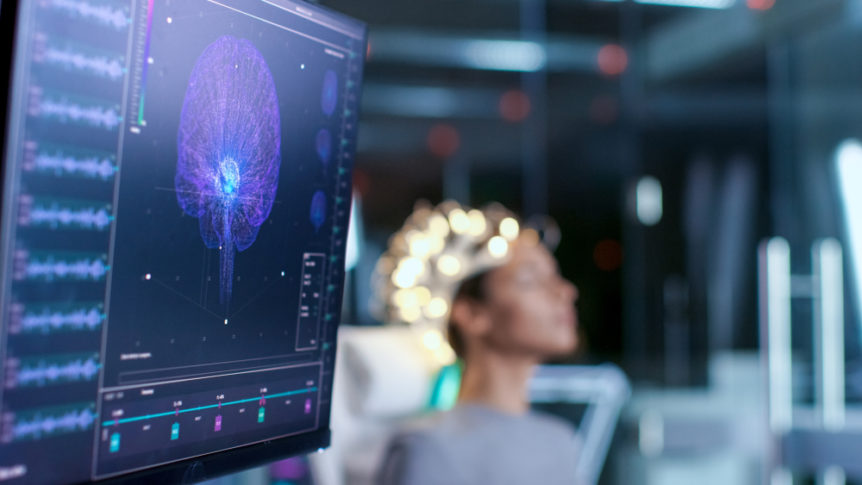 Military technology is revolutionizing the way warfare and defense efforts are conducted. Less than a hundred years ago, soldiers were forced into freezing trenches, often for weeks at a time, to defend borders and protect against enemy forces. Today, warfare often consists of pixels on a screen, with far less of the hand-to-hand action that has shaped military combat for millennia.

But while the rise of technology may have changed the soldier’s role in the military, this shift has made soldier training and conditioning more important than ever. Being able to quickly detect and react to threats is crucial in an era of increasing complexity. To further this training goal, U.S. Army scientists are pioneering studies as to how neurostimulation—the act of running an electrical current through the brain—may be able to enhance soldiers’ performance in the field. Learn more about the Army’s research into this intriguing area of neuroscience.

For years, neurostimulation has been used to treat chronic pain. Surgeons implant a small pacemaker-like device that periodically sends electrical signals to the brain through the spinal cord. Amazingly, these signals are often able to detect and disrupt pain signals before they reach the brain, resulting in instantaneous relief without the use of drugs.

But neurostimulation has been shown to be beneficial in other contexts as well. Stimulating the brain through electrodes attached to the skull can increase brain activity, even at intensities lower than the shock one receives from a nine-volt battery. There are a variety of different tech devices designed to deliver these mild electrical “zaps,” and many of them are available over the counter.

These neurostimulators work by depolarizing the cerebral cortex’s neuromembranes, making it easier for neurons to fire through the membranes. Essentially, neurostimulators turn the equivalent of a thick piece of printer paper into a soggy paper towel, making it much easier to make snap decisions and quickly absorb an incredible amount of information.

Army researchers hope that regular neurostimulation therapy can improve decisionmaking skills on the fly, as well as enhance soldiers’ situational awareness and lethality when faced with fight-or-flight situations. Right now, Army scientists are close to using this technology in various training activities and are already testing neurostimulators on soldiers in the field. By applying these electrodes for just 15 to 20 minutes per night, these soldiers are able to achieve better sleep than usual and wake up rested and recovered.

These scientists predict that, within the next decade, neurostimulators will be widely used in specialized training and various field applications. This technology is poised to be a game-changer for U.S. military training.