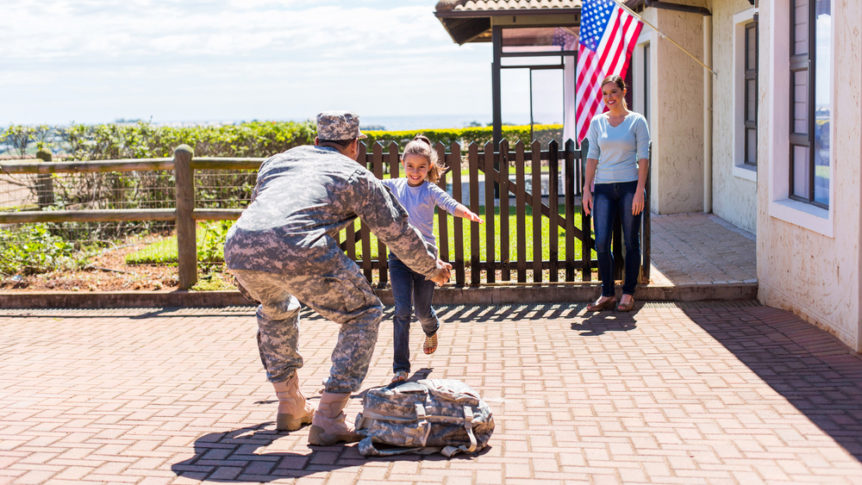 Whether you own or rent your home, cash flow problems can sometimes make it tough to meet your housing obligations. For military reservists who are called to active duty, the temporarily lowered paychecks and increased collateral obligations their families may face (like childcare and travel costs) can only add to these challenges.

In recognition of the unique financial obstacles military reservists and their families may face during times of service, the federal government enacted the Servicemembers Civil Relief Act (SCRA), a comprehensive set of civil and debt-related protections for all full-time active duty members of the five military branches.

The SCRA caps interest rates at six percent on most debts and financial obligations for qualified personnel. This interest rate cap includes mortgages, home equity loans or lines of credit, auto loans, and federal and private student loans that originated after Aug. 14, 2008. (Federal student loans that were disbursed before this date aren’t subject to the SCRA—but fortunately, most of these loans are already subject to an interest rate of six percent or less.)

The SCRA can even cap the interest rates of loans that are traditionally much higher interest, like rent-to-own furniture, appliances, and electronics, buy-here-pay-here auto loans, and payday advance loans. There is one important caveat, however — to be eligible for the SCRA cap, a loan must have been taken out by the servicemember or his or her spouse before active duty began. This interest rate cap can provide some much-needed breathing room in the face of high-interest financial obligations.

Servicemembers may be called to active duty shortly after signing or renewing a one-year housing lease. In most cases, it may make little sense to pay rent on a house or apartment the servicemember will never live in. The SCRA permits active-duty servicemembers to cancel their residential or commercial leases, penalty-free, if they’ve been called to duty after the lease was signed.

Meanwhile, tenants who haven’t canceled their leases but also haven’t been able to timely make rental payments may be protected from eviction as long as their spouse, children, or other dependent family members are still living in the unit.

The SCRA Can Pause Foreclosures

The SCRA protects homeowners, along with renters, by prohibiting lenders from foreclosing on, seizing, or selling a qualified military member’s home during periods of active duty or for up to a year after the servicemember returns from duty. The only exception to this is if the servicemember has specifically waived this stay of foreclosure, which most are (understandably) reluctant to do.