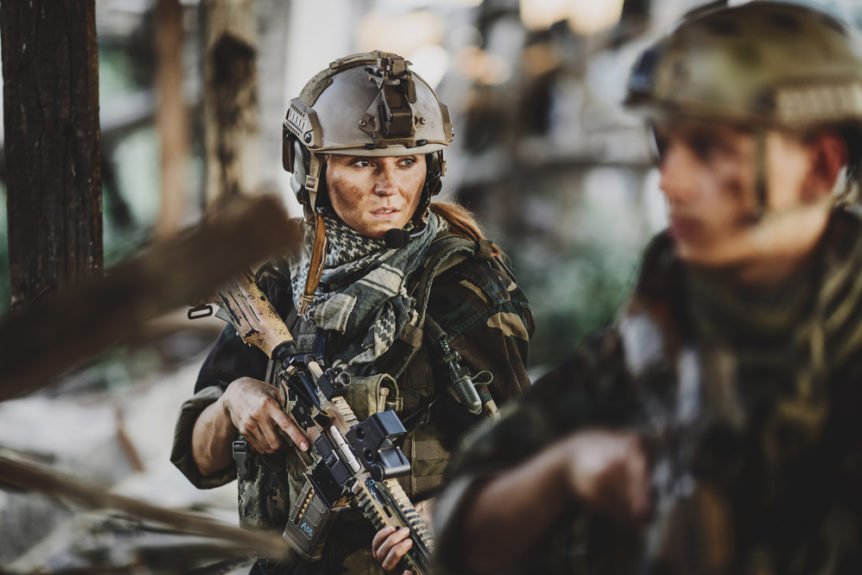 The U.S. government has recognized the need for gender-specific personal protective equipment (PPE) since at least 1978 when the Defense Advisory Committee on Women in the Services (DACOWITS) first addressed this issue.

However, most servicewomen are still unable to access this equipment for training or deployment despite the technological capability for accommodating a variety of body types.

RRDS is currently in the process of fulfilling the government’s need for gender-specific PPE.

Service members must be familiar with all of their gear before they can be fully prepared for the field, which means they need to receive properly fitting PPE during their pre-deployment training.

Deploying troops receive priority for this equipment in all of the armed services, but poor gear is still a leading cause of injury for service members in both training and deployment.

PPE that fits well is essential for overall combat effectiveness and will also assist in the gender integration process for the armed services. DACOWITS, therefore, recommends that gender-appropriate PPE be required for all branches of military service, including the Reserve and National Guard.

Development of PPE for Women

The U.S. Air Force is currently redesigning its flight suits for women, according to Air Force Chief of Staff General Dave Goldfein.

He also indicated that the Air Force has established the Battlefield Airmen Rapid Resource Replenishment System (BARS), which is a centralized equipment facility that will ship equipment directly to female service members.

This approach allows women to get gear that fits them within a reasonable period of time.

RRDS is positioned to fulfill the government’s requirement for gender-specific equipment, including PPE, uniforms and other gear. In partnership with an industry-leading body armor manufacturer, we have introduced a female body armor system to the USAF which is currently undergoing government testing and evaluation. Such partnerships allow for military services within the U.S. government to purchase female-specific PPE directly from RRDS.