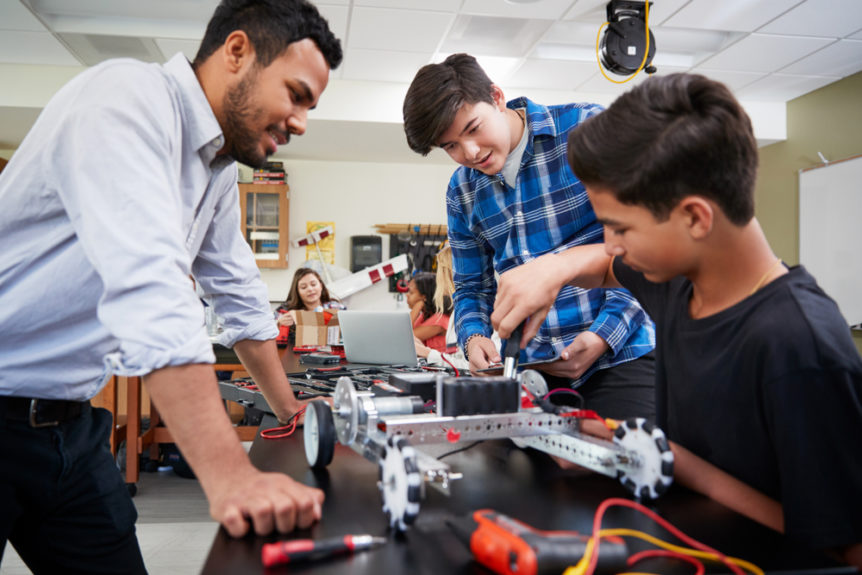 The United States Department of Defense (DoD) is most often associated with wartime military action and ensuring the security of U.S. borders. But DoD’s many collateral missions encompass everything from promoting civilian cybersecurity to promoting educational innovations by building high-tech schools abroad and offering STEM scholarships to graduate students.

Recently, the Department of Defense Education Activity (DoDEA) announced it would work with the U.S. Army Corps of Engineers (USACE) to build 16 new K-12 schools in Japan over the next decade. These schools will educate the more than 15,000 American students who live in Japan — mostly children of U.S. military and DoD civilian personnel families.

U.S. students have been going to DoD-run schools in Japan for nearly 80 years—since the end of World War II—which means that many DoD schools are no longer well-equipped for modern learning methods. In constructing the 16 schools planned for DoDEA students, the USACE plans to use 21st Century Educational objectives that focus on collaboration and open design concepts.

Each of these new schools will feature a central “Commons” area that can hold all students at once. This area will utilize natural daylight instead of bright fluorescents and can be used for everything from assemblies and convocations to after-school events and lunch periods. Connected to the Commons will be a high-tech theater, food service area, gymnasium, and even an information center for students and visitors. Classrooms or “class neighborhoods” will be outside this central hub, which encourages collaboration between students of all different ages and ability levels.

As USACE well knows, the logistics of building projects abroad can be very different from domestic construction. As a relatively small island in the Pacific, Japan is far more prone to earthquakes than most of the continental U.S., and earthquake-proofing large buildings like schools can require some specialized engineering knowledge.

To construct the 16 DoDEA schools, the USACE plans to use “pile foundations,” which transfer a structure’s weight deep into the layers of rock that underlie Japan’s easily-shifting soil. And by using an innovative building method known as “Soil-Cement Slurry” (SCS), the DoDEA will be able to use buildings’ current foundations (mixed with fresh cement) to construct the new foundations needed for these renovated schools.

SCS reduces waste, saves money, and strengthens and secures the overall foundation beyond what can be achieved by using fresh fill. And because it’s the building method of choice in Japan, utilizing SCS for American-designed schools can cut down on the amount of conflict that can often be inherent in cross-cultural construction projects.