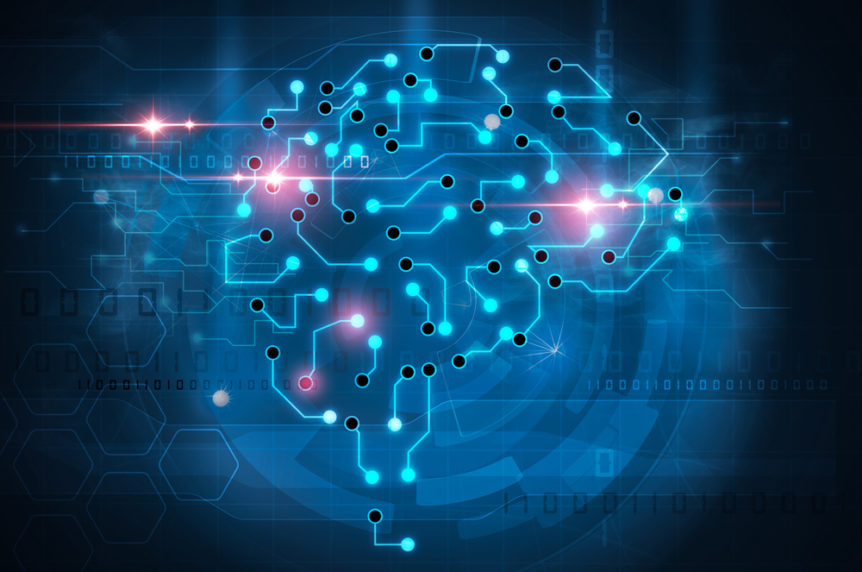 Where a country’s military prowess was once measured by the size (and number) of guns, fighter jets, and heat-seeking missiles in its arsenal, today, artificial intelligence (AI) dominates the defense scene. The Defense Advanced Research Projects Agency (DARPA) has seized on this paradigm shift by devoting $2 billion in AI research funding through 2023.

Defense strategists hope that this investment can help the U.S. pull ahead in the “AI arms race.” Historically, these projects have been ultra-short-term (around 18 months from start to finish), allowing researchers to quickly tweak their processes and gain valuable data. Learn more about the focuses of DARPA’s impressive AI spending plan.

Since this initiative was revealed in early September 2018, DARPA has identified contextual reasoning as its area of primary focus in AI research and development. This “third-wave” AI builds on the foundation of handcrafted knowledge and statistical learning.

Handcrafted knowledge is one of the oldest AI technologies, and refers to rule-based systems that are capable only of narrowly defined tasks. If you’ve ever played chess against a computer program or pressed the “walk” button to prompt a signal to cross the street, you’ve felt the effects of handcrafted knowledge firsthand.

Statistical learning builds on the base of handcrafted knowledge and marks the “second wave” of AI. Programmers abandon hard-and-fast rules and instead build statistical models designed to act (and react) in specific situations. When circumstances change, the computer is better able to “think on its feet” instead of sticking to an “if X, then Y” formula.

Contextual reasoning mirrors the reasoning and thought patterns that, until now, were exclusively found in the human brain. Under this framework, computer programs can actually learn from their own mistakes and alter their approaches based on real-time feedback, helping automate processes that have always previously required a human touch.

Even those who are most looking forward to the innovations sure to stem from this investment have tempered their excitement with a word of caution: don’t let the desire to win the “arms race” overshadow the humanitarian potential of these short-term, high-risk, high-impact projects.

Some are concerned that the U.S. military will win out over the private sector when it comes to implementing these developments, while others are hopeful that this new wave of AI will become a rising tide that lifts both public and private ships.

While maintaining strong physical and incorporeal borders is key in promoting national security and prosperity, the application of DARPA-funded developments in the pharmaceutical, healthcare, and retail industries could mark a definite sea change in the way Americans work and live.

Samir Naqvi is the president of RRDS, an Irvine, Calif.-based federal defense contractor.