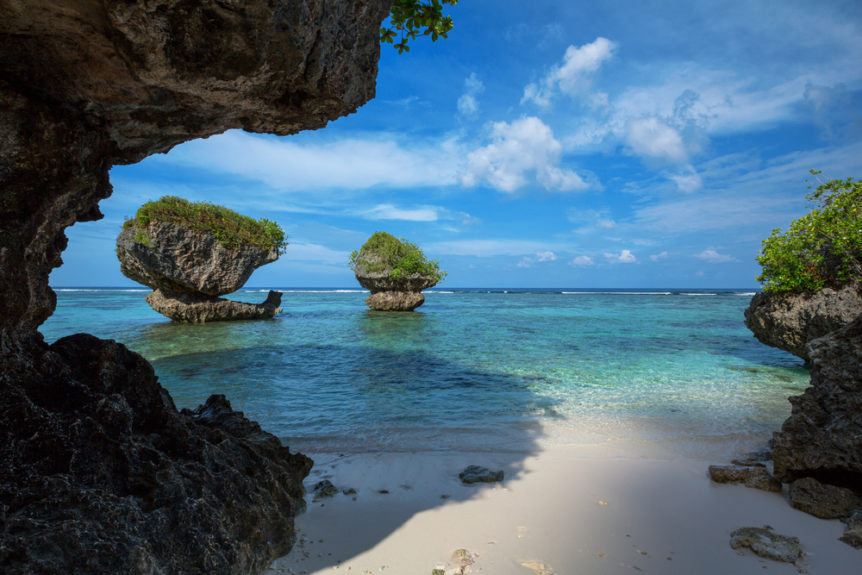 While the more than 160,000 people who inhabit Guam are American citizens by birth, many continental Americans are unaware of just how much of an impact this unique 130,000-acre island has on the world’s ecology. With rare limestone forests and an incredible array of wildlife, Guam’s overall health remains key to maintaining species diversity throughout Micronesia and its neighbors like Papua New Guinea and the Philippines.

The U.S. Department of Defense owns most of the land in Guam. And with this privilege — the ability to perform military training exercises, store weapons, and house troops on U.S. soil while just a short flight away from countries that are normally across the globe — comes an ecological responsibility. The Department of Defense has affirmed its mission to protect and enhance Guam’s ecology, and some of the ways in which it accomplishes these goals may surprise you.

Much of the military-owned land within Guam isn’t currently being used for training or storage. As a result, these acres have become overgrown—and because civilians can’t access these locations, many of them serve as de facto nature preserves. The animals that inhabit these properties are protected from poachers and, despite the number of people who live on this small island, are largely isolated from human interaction.

The DoD is also committed to “enhancing” at least one acre of Guam land for every acre used toward military construction, minimizing the impact that new construction can tend to have on a small island. Because the military operates as such a huge part of Guam’s economy (along with tourism), it’s important for the DoD to maintain strong relationships with Guam residents by allaying concerns about overbuilding or diminishing this island’s wild, natural state. To the extent the DoD builds on former “nature preserves,” it works to relocate animals, create new habitats, and ensure that the construction process is as unobtrusive as it can be.

Another way in which the DoD is working to highlight its conservation efforts is by its creation and release of websites, videos, and other media explaining its various rehabilitation projects. There are military programs that focus solely on conserving and rehabilitating endangered species (including plants and trees), as well as military-employed biologists who spend their days hiking Guam’s forests in search of invasive species that need to be eradicated for the overall health of the island.

These programs don’t get much press, and many members of the military aren’t even aware of the DoD’s mission to minimize its own ecological footprint to conserve and protect Guam.