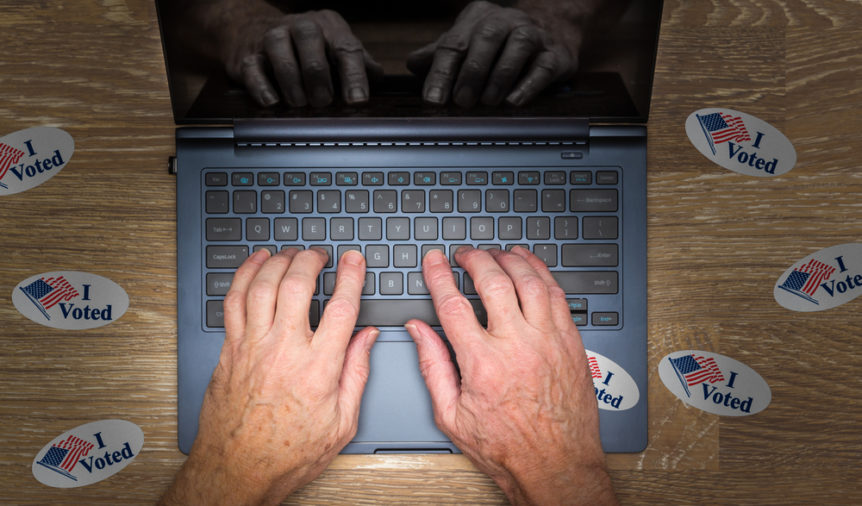 As November’s midterm elections draw closer, the United States Department of Defense (DoD) is taking strong steps to assist state and local municipalities in combating election interference and fraud from foreign sources. Learn about some of the biggest threats to U.S. election security and how the DoD is cracking down on threats from bad actors.

While many subversives have attempted to infiltrate the U.S. election cycle over the past few decades, this effort reached a head during the 2016 election cycle. It’s strongly believed that some foreign influences created thousands of social media accounts to spread and lend credibility to “fake news” and divisive propaganda. While it is all but impossible to put the toothpaste back into the tube or predict how (or whether) these actions changed individual votes, many believe that these efforts diminished public confidence in the electoral system.

Securing a nation’s election process is both critical and challenging. National Security Agency (NSA) and U.S. Cyber Command Director, Army General Paul Nakasone, has announced a plan to combat this interference on multiple fronts. Although elections are held on a state-by-state basis, with each state utilizing different processes and procedures, the NSA, DoD, and other federal agencies are in the best position to identify potential threats to election security and deploy resources on a national basis.

Because of the highly sensitive nature of these efforts and the ease with which they might be thwarted once they’re made public, not much is known about exactly what the DoD intends to do to reduce the threat (and impact) of cyber election-meddling. However, General Nakasone has made clear that the DoD will provide the FBI with intelligence and leads on any adversaries who may be poised to disrupt the 2018 midterm elections.

The DoD and FBI will also be in close contact with Facebook, Twitter, and other social media networks whose resources were known to be used by trolls and bots in 2016. Facebook was recently at the center of an unprecedented public relations nightmare when it was revealed that Cambridge Analytica, a political consulting firm, harvested private data from millions of Facebook users without their consent and may have sold this information to third parties.

Since this revelation, Facebook has undertaken a sweeping campaign to disable fake social media accounts. These targeted efforts to combat suggest that to succeed in influencing U.S. elections, would-be meddlers will need to focus on inroads left completely untouched in 2016; a tall order when midterms are just weeks away.